The Art Of Noise Tron Legacy: Translucence
• Derezzed
• Tron Legacy
• End Of Line
• Castor
10" single
Walt Disney Records
STDDTRON10 ST01
limited edition blue picture disc with stickered PVC sleeve (there were three different colours issued - blue/red/yellow - as far as I am aware all colours were pressed in equal quantities but for some reason the blue one appears to be the most wanted/collectable) 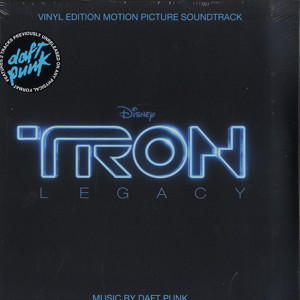 This is just the standard limited edition vinyl version available worldwide and is no different. It was just sold as an RSD item specifically in the USA. It's easy to tell the repress as it has a completely different sleeve to the original (RSD repress = yellow, original = orange). Spinefarm released 6x7" singles for RSD 2011, all limited to 300 copies each. The Rammstein easily appears to be the most collectable but then the other 5 involve lots and lots of guitars ;-) Most copies were sold in the USA. Link to this article = https://www.wwrdb.com/article/cn/recordstoreday2011.php (how to link to this web site - details)
Article number = 3