They initially self-released their own cassette Opium and then their first proper album What Do You Know Deutschland?, in 1986, on Z Records. This album was later picked up by Skysaw in the UK and would eventually be reissued by Wax Trax! Records in 1990. What Do You Know Deutschland? gained K.M.F.D.M. significant attention leading them to be licensed to Wax Trax! Records for the USA/Canada whereupon they released Don't Blow Your Top.

One member of the band, En Esch, stayed until 1999 - he also has a solo career with initial releases on Wax Trax! in 1993. Another member of the band, Raymond (Nainz) Watts, worked on a few tracks for this album but then left the band before the album was completed - he, of course, went on to form <PIG>, another well known Wax Trax! artist. The album was recorded in Hamburg, Germany. Those early tracks were produced and mixed by Adrian Sherwood in London. A remastered version of the album was released by Metropolis Records on 12th September 2006 and is also available digitally including in the lossless FLAC format.

There's lots of collectable stuff for this era. All the physical editions of the single are rare and interesting items for the album include the following: 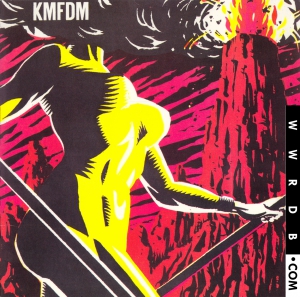 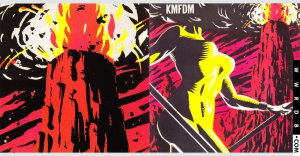 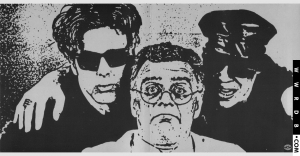 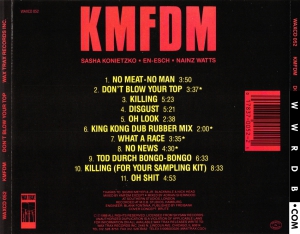 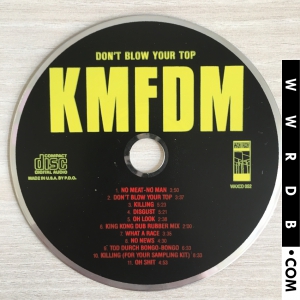 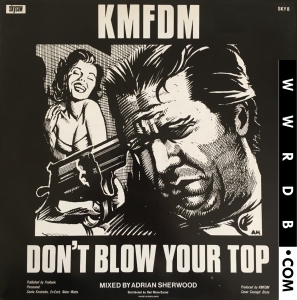 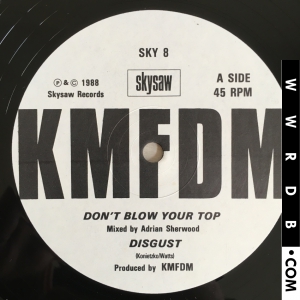 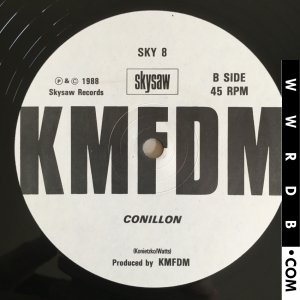 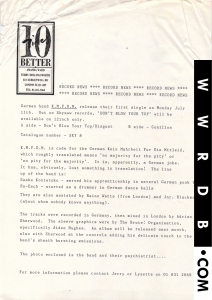 In another major anniversary, 20 years ago, in 1998, K.M.F.D.M. were still signed to Wax Trax! / TVT Records and under their contract they still had three albums left to produce for the label. They settled their ability to leave the contract quickly by rapidly releasing two compilations (Retro + Agogo) and a final, parting ways album, aptly titled Adios! 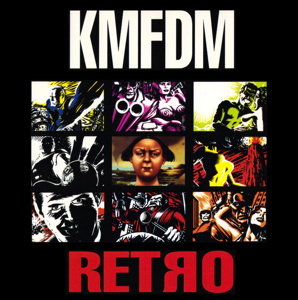 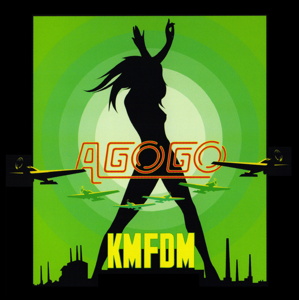 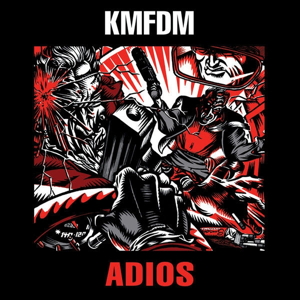 Link to this article = https://www.wwrdb.com/article/cn/wtf/waxtraxfriday_20180803.php (how to link to this web site - details)
Article number = 67