Raymond Watts aka Nainz Watts aka Ray Scaballero, was born in the United Kingdom but found himself working with a very early incarnation of K.M.F.D.M. in Germany during the first half of the 1980s (we covered K.M.F.D.M. in our August 2018 #WaxTraxFriday articles). Watts initially worked with them until 1988's Don't Blow Your Top where he reportedly only collaborated on three of the tracks for that album. Leaving the band he immediately set up his own farmyard for his personal pet project <PIG>. <PIG> has a very similar sound to K.M.F.D.M. but with a touch more darker beats and some orchestral overtones. Watts signed to Wax Trax! for the American market and Yellow for Germany/Europe.

The first album, A Poke In The Eye… With A Sharp Stick, was released in 1988 making it the 30th anniversary this year. It was reissued by Blue Noise on CD in Japan on the 21st February 1998 (so this year is also the 20th anniversary of the reissue). There appears to be no digital edition of this album so all physical copies are collectable, but as usual for Wax Trax! releases, collectors should look out for the USA test pressing promo vinyl LP.

A couple of prime cuts were released off the album as singles but you'll need to wait until next week's WaxTraxFriday article to read more about them. In the mean time, enjoy the extremely low-budget Shit For Brains promotional video, directed by Christian Eckert and Klaus Maeck. An edited version was released on the Berlin Independence Days '88 - Best Of VHS video compilation. Christian appears to have uploaded the video to YouTube:

Raymond has recorded a few things under his own name, one of which is the soundtrack to the film Plato's Reality Machine (IMDB information). The music was self-released on the 8th December 2012 making tomorrow its 6th anniversary! It's available to buy digitally via Bandcamp. 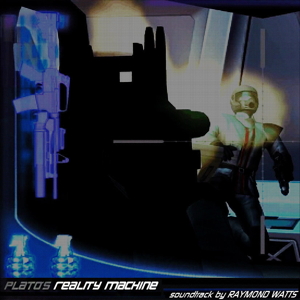 Link to this article = https://www.wwrdb.com/article/cn/wtf/waxtraxfriday_20181207.php (how to link to this web site - details)
Article number = 86